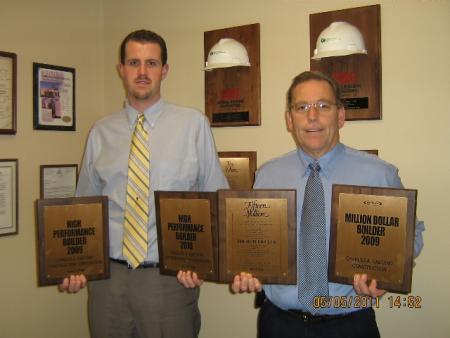 Our company has received (4) Awards for Sales goals exceeded and a significant milestone achieved, from Butler Manufacturing Co., the world leader in Pre-Engineered building systems.

The awards were presented to David Kleps, Vice President of Design-Build and Butler Building Department, at the recent sales meeting in Atlanta, Ga.

Charles A. Gaetano Construction Corp. has been a franchised Butler Builder since 1982, and has completed nearly 2.5 million sf of Butler building projects throughout Central and Northern NY.

Pictured here with the award plaques are David L. Kleps, V-P Design-Build (on the right) and Lucas Saltsman, Estimator and Project Manager (on the left).