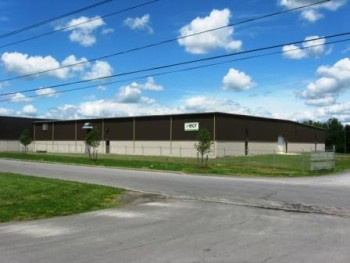 ECR International, (formerly known as Utica Boilers Co.), is a long time major manufacturer of residential and commercial boilers and air conditioning equipment. ECR announced consolidation plans in early 2008. The consolidation included closure of facilities in Rome, NY and Ontario, Canada, and required planning for major expansion and upgrades at the home plant, located on Dwyer Ave in Utica.

In early January of 2009, we were contacted by ECR to discuss a Warehouse Expansion. We prepared a Design-Build proposal for a 20,000 sf Butler building addition, which was eventually increased to 30,000 sf. We were hired in June, assisted with all Utica Planning Board issues, and started the project in September. We were 100% complete by January 2010. The building included permission from and an easement agreement with, the City of Utica to construct over an existing storm water pipe. The project also included a new Truck access drive to serve the rest of the facility, upgraded lighting in the existing Warehouse, and re-painting of the existing Warehouse exterior to match the new building.