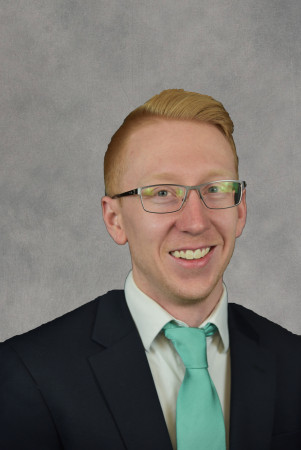 Mr. Rowlands, was hired upon graduation from the State University of New York at Delhi in May 2017.  Josh is no stranger to construction or to Gaetano Construction as he accepted the opportunity to intern for Gaetano in the field as a carpenter/laborer in 2014 and later in 2015 as an Assistant Project Manager.  He has proved to be very industrious and capable of handling the rigors of construction management.  Josh has been active in assisting with the management of a few of our high-profile projects and manages projects on his own.

Josh is responsible for facilitating communication between owners and the construction team. He also maintains project schedules and coordinates direct manpower, including subcontractors.  His duties include preparation of subcontracts, purchase orders, submittals, change orders, estimates and also assists in developing proposals.

This project involved building a new two-story 14,000 SF Health and Counseling Center for Hamilton College.  It consists of multiple exam and medical spaces throughout the first floor along with counseling and group activity spaces throughout the second floor.  Design features include eight new geothermal wells for a closed-loop heating/cooling system.  Contract value $6M

This 6,700 SF project was a complete renovation of the building along with new finishes and MEP's.  It consists of two new additions; one being a stair tower and the other a kitchenette and entrance. Contract value $2.3M

This 29,300 SF project consists of an addition to Hamilton College's Field House.  This addition is a pre-manufactured Butler building with an interior turf field.  Details include new men's and women's restrooms along with an indoor batting cage. Contract value $3.3M

This brand new building is an 82,500 square foot prefabricated butler building, located in Whitesboro, NY.  The structure is a 275' x 300' pre-engineered building by Butler Manufacturing, using their MR-24 standing seam roof system and shadowall siding.  The final interior end use will consist of a full size 150' x  270' indoor turf soccer field, (3) multi use courts for basketball, volley ball, tennis, etc.  There are locker rooms, bathroom area, pro shop and a fitness center.  The second floor will house (10) 70' long batting cages and a 900' long by 12' wide running track around the perimeter of the turf playing field.  Contract value $3.4M